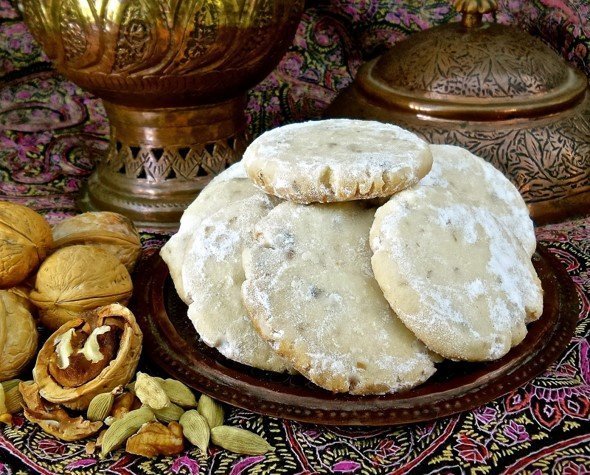 A recent tweet by the UK PM’s official account suggested that we entertain ourselves by baking. It appears the Great British Public don’t need much encouragement on that front, as replies to the tweet complained that flour was in short supply in shops. But the government’s seemingly harmless exhortation to eat cake and carry on is dangerous and irresponsible, and is part of a problem that goes far deeper than shopping difficulties.

My recent Facebook feed has been peppered with pictures of simnel cake and easter eggs, and I’ve been hearing the same messages from friends over and over during the pandemic lockdown… “I know I shouldn’t but I’m just having a sneaky piece of cake / bowl of ice cream / toast and jam”. “I’ve been feeling a bit low. I’m trying my best to stay off the carbs, but I’ve just eaten half a packet of biscuits.” I can relate. I’m not a fan of cake and biscuits, but dark chocolate is another matter, and when it’s available in the fridge, it’s going to get eaten. And once you start, it’s very difficult to stop. There’s a genuine physiological reason for that, and it’s to do with the metabolic hormones (For an in-depth and empowering exploration of this topic, check out this talk on metabolic syndrome by David Griffiths.)

The struggle is real!

Judging by the facebook feed, some people clearly have more time to bake now that there are limited options for going out… and baking with kids holds so many opportunities for learning as well as hygge-togetherness. It feels like a homely, nurturing thing to do to give the family some real, home-baked comfort food; but all the while, lurking in the background, is a nagging sense of it being a guilty pleasure.

If you’re from the same generation as me, or older, you’ll remember the cream cake slogan from the 1970s: “Naughty but nice!” put out by the National Dairy Council in association with the now defunct Milk Marketing Board. The message as to why fresh cream cakes were naughty was made clear: the high fat content of the cream. But was fat actually the culprit, or did the “naughty” lie elsewhere?

The growing popularity — and success — of ketogenic and paleolithic diets shows us that the health conscious and informed among us are well aware that sugar is the cause of our downfall… not only fuelling the rise in obesity, but also in chronic disease. The calorie-counting approach has been failing people for decades as it doesn’t differentiate between the various sources of energy (fat, carbohydrates, protein) in terms of their effects on our hormones, and in particular, on insulin.

The fat vs sugar debate has been raging for more than 60 years, and as always, the waters have been muddied by corporate interests. A paper in JAMA Internal Medicine revealed that as far back as the 1960s and 70s, the sugar industry’s lobbying group, then known as the Sugar Association, executed a campaign to demonize cholesterol and fat as the primary cause of coronary heart disease. Industry interests have long influenced the publication or (withholding) of information that would implicate the role of a product in disease — the tobacco and pharmaceutical industries are prime examples — and the sugar industry is no exception.

As one of many examples, in 1968, the International Sugar Research Foundation commissioned a study on rats to look at how sucrose and starchy carbohydrates differ in the role they play in heart disease. The study, known as Project 259, was terminated early and its results were never published. Why was this? A recent review of the internal documents from the study showed that the findings linked sugar to high levels of triglycerides (one of the markers of metabolic syndrome, which indicates a high risk of heart disease, type II diabetes and other chronic disease). Not only that, Project 259 suggested a link between sugar and cancer because of the way sugar interacts with certain gut bacteria.

There are many other reasons to steer clear of sugar besides diabetes, cancer and heart disease: for example, there are studies linking sugar consumption to asthma and airway inflammation, dementia, and depression. It also appears to hinder recovery in a bacterial infection… although in the case of a viral infection a small amount of sugar may actually help the immune system to deal with the virus.

The availability of high-carb snacks and alcohol, combined with lack of exercise, not to mention the mental-health impact of isolation means that the “lockdown” situation will be setting us up for an even greater national health problem and additional pressure on the NHS, with no satisfactory information forthcoming from the media or government on how to support the immune system and protect our health. It is known that those with diabetes and heart disease are at a much higher risk of contracting Covid-19 – or any other infection, for that matter. Blood-sugar issues also put you in the higher-risk bracket, and that means approximately one in three people in the UK, and one in two in the USA.

So, what to do? Is it a simple matter of making up our minds to avoid the sweet stuff? We’re set up for failure if we think we can resist the cake stash in the cupboard, and the obvious place to start is to not have them in the cupboard in the first place… but temptations will always be lurking around the corner: the strategically-placed sweets at the supermarket check-out; the Victoria sponge so lovingly baked by the neighbour; the mouthwatering organic plum jam from the market…

The problem is that our social and home lives revolve around sugar. Our brains are hardwired to seek out sweet food and to get as much of it as possible. In the case of fructose, the natural sugar in fruit, the signal that is normally sent to the brain to tell it that we’re full is not triggered. Given that a huge proportion of processed foods contain sugar of one type or another, it is hardly surprising that the obesity epidemic is now gathering speed like a runaway doughnut. We’ve evolved with that sweetness homing device, but it was never meant to be rewarded all year round and without limits. It was a mechanism to get us through the hard winter months without starving: all-you-can-eat hedgerow buffet in the autumn, then starvation rations until spring.

So what is the solution? Is it possible to escape the clutches of the deadly white stuff?

There’s no better place to start than breakfast (although, contrary to popular opinion, we don’t have to break our fast at breakfast time), and there’s more to that statement than the much-touted importance of breakfast over all other meals. The content of the first meal of the day is crucial. The rollercoaster ride of insulin spikes and dips means that if we start off the day with starchy carbohydrates, we will be seeking out sweet foods for the rest of the day. (Starchy, refined carbohydrates break down very easily to simple sugars. You wouldn’t spoon pure glucose into your mouth to feed yourself, but we’re almost doing that on a daily basis with our breakfast choices.) This approach also applies to any other meal or snack. If you have trouble with balancing your blood sugar levels, then a sweet taste (or alcohol) last thing at night is likely to wake you in the middle of the night as your insulin levels plummet and your brain wants you to go out and hunt down an antelope.

Instead of cereal, toast and orange juice for breakfast, go for eggs, fish, avocado… even steak and tomatoes. And for the rest of the day, continue in the same way, avoiding not just sugar, but white (or beige) carbohydrates: pastry, rice, potatoes, pasta. Minimise fruit and focus on non-starchy vegetables, and don’t drink your fruit. It’s a challenge, for sure, and one that involves a whole new way of thinking — a paradigm shift. But the results speak for themselves — reversal of type 2 diabetes being one outcome that is being seen over and over in people who have taken their health into their own hands. And the changes in health are not only well worth the effort, but can add years to your life, massively reduce the risk of chronic disease, and… I would stick my neck out and say, may well be essential for the survival and evolution of the human race.