“Angela is clearly an expert in her field and researched my specific needs – it was not a standard recommendation but very personal to my needs.”

What benefits did you gain from your 12-week programme?

I liked to hear the science and the perspective behind the recommendation. Angela is clearly an expert in her field and researched my specific needs – it was not a standard recommendation but very personal to my needs.

Angela makes every effort to communicate clearly through whatever channels are simplest for you. She stays in touch and is accessible when you want. 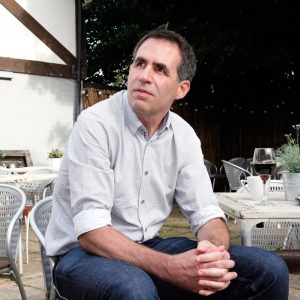 “I feel I’ve found what was needed to put right my broken 57-year-old body… I only wish I could have found it earlier!”

“I was suffering from Obstructive Sleep Apnoea (OSA). It seems that I stop breathing 18 times an hour! I was given a [CPAP] machine that I have to wear at night to keep my airways open. Despite the machine I still had sleepiness, I still had occasional naps during the day, picked up injuries that never healed, had anxiety levels that ran wild, a mood that was as changeable as the wind but generally low, had skin, hair and nails that were all in very poor condition – I was generally feeling incredibly urgh! It was at this low point I reached out to Angela, who I have known for many years and knew had extremely good knowledge of human nutrition [and] dietary supplementation. We had a really good chat and decided on the best way forward for me. I started using [the recommended] supplements as soon as they arrived which was just a day or so later.

“At around 6 weeks in I started to notice some subtle changes and improvements in quality of sleep, general mood condition and growth of my hair. This really spurred me on! At about 3 months I noted that RLS and PLMD were somewhat improved. Where I had symptoms 24/7 previously, they might only happen for 5 – 7 days a month and then only in the evening and mildly at that. With a notable uplift in my mood came the hunger for further improvement so I looked at what, in my life was making me unhappy, and decided it was time to stop poisoning my body with alcohol as I had been a moderate drinker for 40 years I felt enough was enough. I am sure that the uplift in my mood had a lot to do with this decision and continued abstinence. Also, at this point other improvements to my general health kicked in, my anxiety levels decreased, the brain fog I had suffered for way too long had lifted and bizarrely my nails started growing at a rate which I had not experienced before and I managed to keep them without splits and breaks until I found I could not type with them so long and had to cut them off. I felt that I had finally reached a point where everything my body and mind needed to work well was there and, at last, I was ticking over like a well-maintained machine.

“All in all, I feel that I have finally found what was needed to put right my broken 57-year-old body and mind …… I only wish I could have found it earlier!”

“Clear advice and suggestions, with help obtaining supplements etc. I felt understood and cared for.”

The service is amazing, Angela is a caring, compassionate and trustworthy individual who has insight and understanding of others’ needs. She spends time researching and giving bespoke advice. YOU are very much a valued individual and she treats you with respect. She explains in a clear and uncomplicated way and the knowledge that she has built up over the years is extensive. Angela is a real gem – I’m so happy to have met her. 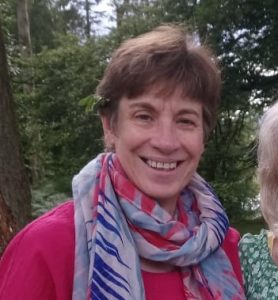 “I gained a huge knowledge on the types of food I should eat for my various conditions. I lost weight, my stomach feels much less bloated, no indigestion and definitely more energetic. Angela has a huge knowledge and I would recommend her whole heartedly”

I loved the range of information: nutritional, supplements and exercise. It really is a minefield out there and Angela put me in the right direction. There’s so much to take in, but she made it easy to understand. She backed everything up by e-mail and lots of interesting links. I now have my very own health tool bag.

“The benefits were off the chart.”

“The benefits were off the chart. My own general health improved, in particular my IBS. My husband was advised supplements which greatly improved his prostate problems. The most amazing advice Angela provided was very detailed and considered advice regarding fertility which my daughter has been lucky enough to receive over a period of months, resulting in a successful pregnancy. An unexpected bonus from taking the supplements was that long-term, troublesome skin issues cleared up completely. I can’t recommend Angela highly enough. I had numerous consultations with her, online and in person, and her knowledge and advice were invaluable.

The most impressive part of the consultation was Angela’s extensive knowledge of nutrition. She gave advice but also recommended articles and sent detailed explanations of the health issues that concerned us. That level of detail was invaluable and very reassuring.”

“I learned a lot actually. About the importance of gut health and how it affects immunity amongst other things…

…how gluten affects the gut and avoiding eating gluten helps seal it. I learned about the importance of fibre and eating whole foods and avoiding heavily processed foods. And which supplements would be beneficial especially with me being prescribed steroids and calcium supplements from the doctor. Angela was friendly, confident and knowledgeable. Since the appointment, I have asked several questions on WhatsApp and had great feedback, so I’m happy with the ongoing support.”

For a free 30-minute Health and Lifestyle Review, just fill out the form below and I’ll get in touch to arrange a time with you to chat over Zoom.