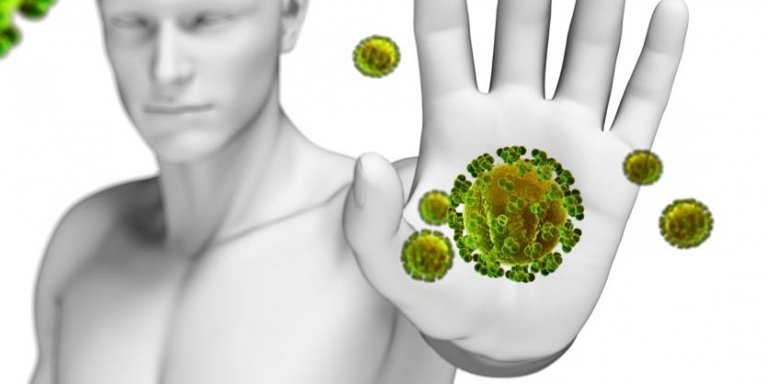 Viruses are everywhere. There are an estimated 380 trillion viruses inhabiting our bodies (here’s a very interesting article about the human virome). There’s a lot of talk about treating viral disease at the moment, and about developing vaccines, but generally in the mainstream media there is very little information on our own innate resources. I feel compelled to redress the balance a bit, and give some information on how we can protect ourselves.

There are two aspects to not contracting symptoms of a virus. On the one hand it’s about minimising exposure… hand-washing, wearing a mask, avoiding contact… But just as importantly, on the other hand it’s about optimising our immune system. So how do you do that?

1) Get enough good quality sleep. This is so important. Complete darkness and as quiet as possible: get blackout blinds; don’t have electrical equipment on in your bedroom, especially with LEDs; turn your phone off…not just on silent; if your partner snores, consider sleeping in another room. Many couples do this… probably more than you’d imagine

2) Avoid sugar. Sugar suppresses the immune system. If you find yourself with the flu, don’t reach for the cake. It will prolong the duration of the illness. Refined carbohydrates (flour-based products) also break down to simple sugars, so aim for a low carb, high good fat way of eating

4) Get enough good protein. We need protein to produce glutathione, which is one of the most powerful antioxidants around…and it’s made by our own cells.

5) Supplement with a high quality, high potency multinutrient. The immune system relies on highly complex interactions with numerous nutrients, including vitamins A, C, D, E, B2, B6, B12, zinc, selenium and folic acid, although that’s not an exhaustive list. Other nutrients are needed to interact with some of these, like cholesterol (to make vitamin D if you’re getting it from sunshine, which we’re not in the winter months), and magnesium, as this is needed for all cellular functions involving vitamin D. This is the one I use myself and highly recommend: *

6) We also need to be taking in good quality fats in order to absorb the fat-soluble vitamins, A, D, E and K. We should increase our intake of omega-3 fatty acids, which are anti-inflammatory, and reduce intake of the pro-inflammatory omega-6. Supplementing with a pure fish oil with a good EPA/DHA profile is the easiest way to do this. The one I use and recommend is double-distilled under pharmaceutical manufacturing conditions – a rare thing in the supplement industry. *

7) Look after your gut bacteria. Around 70 percent of the immune system is in the gut, and the microbiota in the gut play a huge part in keeping us healthy. Maintain a good balance of gut bacteria by eating plenty of fibrous prebiotic vegetables (broccoli, cauliflower, kale, cabbage, leeks, onions, garlic, asparagus, Jerusalem artichokes, kiwi, konjak), yoghurt and fermented foods if you are not sensitive to histamine. Take probiotics to increase biodiversity of gut flora and encourage the good ones. Lactobacillus rhamnosus is one that also helps to seal a leaky gut, which is essential for a normally functioning immune system. Here’s my recommendation for this, from the cellular nutrition company that is rated #1 in the Nutrisearch Comparative Guide to Nutritional Supplements. *

8) Nurture your spirit and give yourself time to chill and do things that you love to do. Spend time with people who are positive. Meditate, be creative, spend time in nature. Laugh a lot.

9) Minimise stressors. Even watching a horror film will increase your cortisol levels and put your body in fight or flight mode, which means it must concentrate on surviving rather than thriving.

10) Do resistance training (weights) and high-intensity interval training (HIIT). This has so many positive effects on the body, including increasing production of glutathione, creation of mitochondria and mitochondrial turnover.

* I work with and use these supplements because of the company’s pharmaceutical-grade manufacturing practices and their commitment to research (80+ scientists, 18 with PhDs). I get a small commission from all sales. The company markets its products through referrals and is not on the high-street. It therefore spends its “marketing” budget on commissions rather than billboards, because the people using and having good results from the products are the best advertisement. 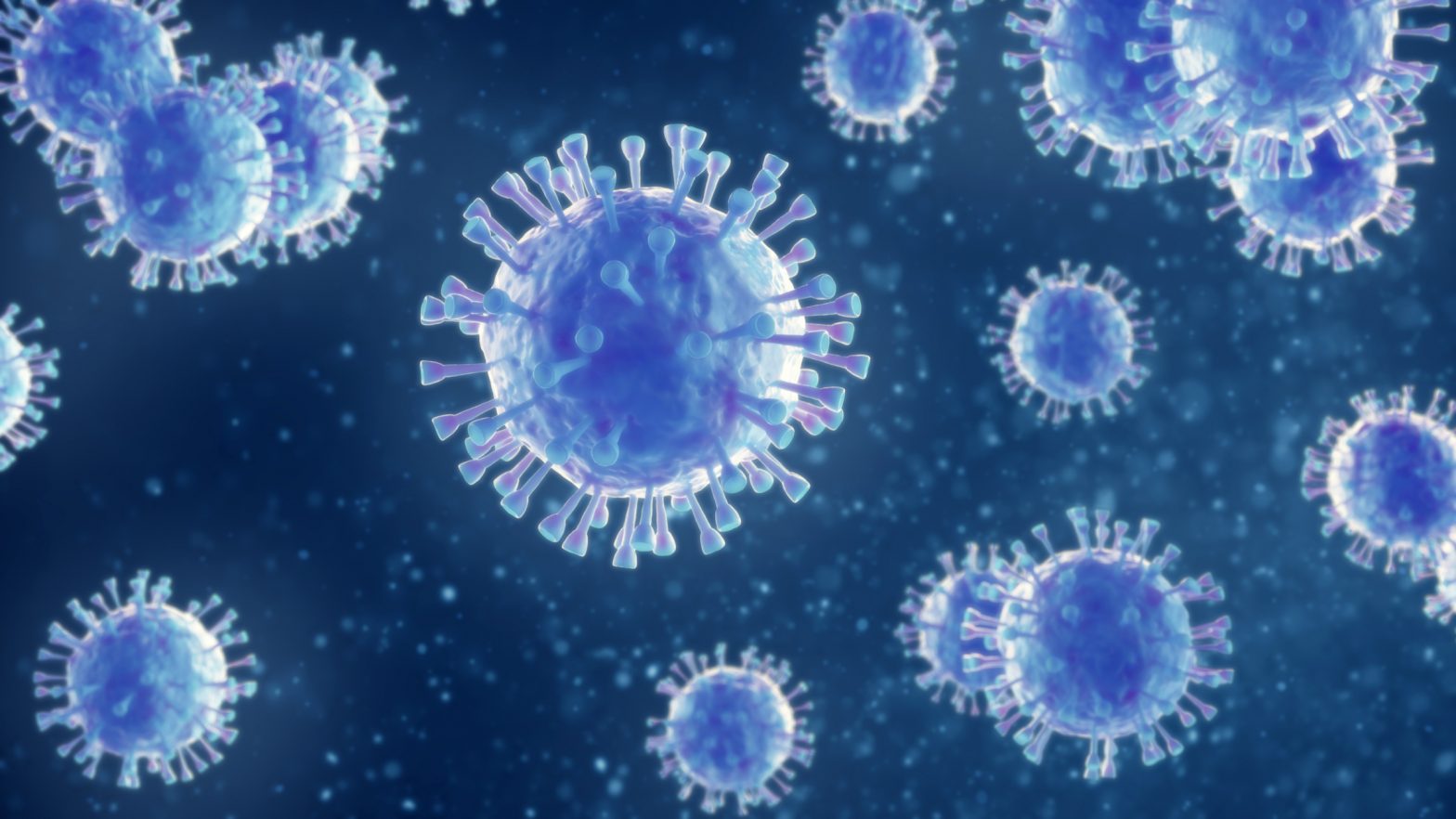 When it comes to viral infections, national health policies focus heavily on disease management and vaccination — which have their place. But this approach leaves a vacuum: Mainstream media like to perpetuate the belief that we are helpless and incapable of protecting our own health, and sadly, there seems to be an absence of any mention of strengthening the immune system or using the powerful vitamins, minerals and phytochemicals as well as the other physical and mental tools at our disposal. Such talk is being increasingly dismissed as fake news or dangerous quackery. The body’s innate ability to heal and protect itself given the right tools has almost become a taboo subject. (The BBC quickly ended an interview with a health expert recently who started to talk about the role of vitamin D in health.) Thankfully though, once you start looking for the information, it’s still out there.

It’s not such a simple matter, admittedly. The immune system isn’t infallible, and it would be irresponsible to claim that it is. And clearly, the reality is that the millions of people severely affected by flu every year, for instance, are being failed by their immune systems. Or are they?

I’m going out on a limb here, but could it be that we are failing our immune systems, and have been for most of our lives? Walter Willet, an eminent epidemiologist at Harvard, has been studying the relationship between health and diet & lifestyle for decades. No-one is more qualified than him to make the following pronouncement:

Among U.S. adults, more than 90 percent of type 2 diabetes, 80 percent of CAD, 70 percent of stroke, and 70 percent of colon cancer are potentially preventable by a combination of nonsmoking, avoidance of overweight, moderate physical activity, healthy diet, and moderate alcohol consumption (Willett 2002).

Who is at risk?

Granted, the media and government agents do their best to spread the message about those who are more prone to viral infections. These include the aged, those with a chronic disease such as diabetes, cancer, heart disease, those with an autoimmune condition, those with asthma or other pulmonary conditions… the list goes on. In China, statistics from the Chinese Centre for Disease Control and Prevention show that people with cardiovascular conditions and diabetes have the highest and second-highest number of deaths from COVID-19 (11 and 8 percent). In diabetes, blood sugar management is crucial, but especially when an infection is present, as sugar impairs the ability of white blood cells to fight pathogens. And it is sugars (including refined carbohydrates) that are most likely to have been the cause of the disease in the first place. The numbers of people with these conditions — and thus, those who are more at risk of severe complications from a viral infection — are increasing year on year.

Responsibility for our own health?

This grim situation could be the catalyst to creating a new health paradigm in the UK and elsewhere. It could serve as a wake-up call for people to take charge of their health. But such statements about taking responsibility are often met with indignation, as the implication is that those who are sick have brought it on themselves. Unfortunately, as Prof. Willett would no doubt agree, this may be the harsh reality that we have to face up to, although the caveat is that for many of those stuck in the pharmaceutical paradigm, the information that they need for being proactive is simply not available through the channels they would normally turn to. With that assumption of responsibility by individuals comes the responsibility of governments not to allow their health and health information policies to be determined by the wishes of the pharmaceutical industry and the Big Food and Big Ag players.

Of course, in an acute or life-threatening situation, anything the medical profession can do to mitigate the effects of a virus is absolutely essential – hydration, respiratory assistance, fever control (although that is a contentious subject in itself).

But what about the rest of the population? Is there anything to be done that can put our minds at ease and our bodies in a better position to overcome viruses if (or when) we are exposed to them?

A break from the media would be an excellent place to start. One factor, among others, which Walter Willett omits in the quote above is the mental and emotional component to health. Many studies have demonstrated that the more optimistic a person is, the better their immune system functions. Fear, negativity and worry have a tangible, physiological effect on the body. Conversely, traits which bolster the immune system include positive mental attitude, and the ability to deal with stress and challenges.

For an overview of practical ways to optimise the immune system, see my previous blog post here.

In terms of feeding the cells to function as best they can, there are countless studies on the effects of individual nutrients. There is a tendency for researchers as well as the media to home in on one nutrient at a time, and since there are so many synergies at work in our cells and systems, this can be a short-sighted approach, and one which is often at the bottom of the sensationalist headlines that such-and-such-a-vitamin is the latest evil quackery to be avoided, or at the very least, “expensive colourful urine”.

During an active infection, the following regimen is recommended (with thanks to Drs M Murray and J Pizzorno*) as a general approach to supporting immune function:

For solid cellular nutritional support, the best brains in the nutritional research world have spent decades working out the optimum combinations and doses of nutrients. Are we adding an unnecessary element of chance into the nutrition equation if we self-prescribe? Can we read an article in a health magazine about magnesium and decide that we are deficient and need to supplement, or see an advertisement for vitamin C tablets in the flu season and think that they are a panacea for immune health? Some rare souls may have the expertise to interpret the peer-reviewed research and formulate their own comprehensive protocols, but there are PhD scientists who spend their working lives doing that for the top nutrition companies, so I would venture to say that it’s best for most of us to leave that job to them.